You're in a cutting edge wine bar or restaurant and you see a selection of "natural" wines. What's that all about then? Is it just another way of saying they're organic? Well, after many years of being a rather cloudy term (some would say rather like the wines themselves) earlier in 2020 (in France at least) a definition was agreed. In order to use this classification, grapes must come from certified organic vines, be hand-picked, unfiltered, use minimal sulphites and produced using indigenous yeast. So all natural wine is organic, but not all organic wine is natural. 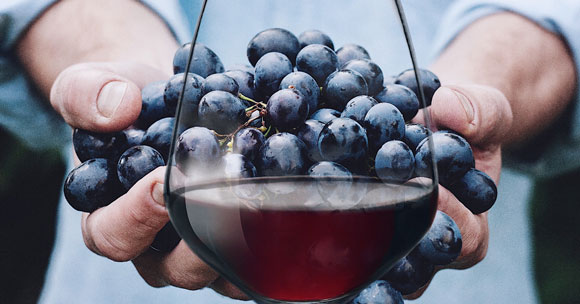 Its fans say it's not just unfiltered, but also untamed, un-photoshopped - real wine if you like; fermented grape juice without additives and intervention. And it's true that at its best it can be vibrant, fresh, wild and somehow more "alive". Once you know what to look for, natural wines are easy to spot: they tend to be smellier, cloudier, juicier and more acidic. Advocates of natural wine assert that natural wines represent a return to the core elements that made human beings fall in love with wine when we first began making it, around 6,000 years ago. They believe that nearly everything about the £130bn modern wine industry - from the way it is made, to the way critics police what counts as good or bad - is ethically, ecologically and aesthetically wrong. Their ambition is to strip away the artificial trappings that have developed in tandem with the industry's decades-long economic boom, and let wine be wine.

Its many detractors, on the other hand, see its proponents as "Luddites", a sort of viticultural anti-vax movement that lauds the vinegary faults that science has spent the past century painstakingly eradicating. According to this view, natural wine is a cult intent on rolling back progress in favour of wine best suited to the tastes of Roman peasants. The Spectator has likened it to "flawed cider or rotten sherry" and the Observer to "an acrid, grim burst of acid that makes you want to cry".

Are they better/healthier for you? The jury's out. Firstly there's no evidence that much maligned sulphites cause the headaches they are often accused of. And natural wines are unfiltered as well as unfined, which means that any impurities in the wine (microbes and proteins) are included - and in any case not everyone wants bits of skin and sediment floating around the bottle.

We won't be listing natural wines for the sake of jumping aboard this bandwagon. That said, we're similarly sceptical about the scientific basis for biodynamism (cow horns, phases of moon, compost) yet often find those who adhere to these principles consistently produce excellent wines.

Perhaps in the end it's less about viticulture, and more about the passion, meticulousness and attention to detail of the winemakers?